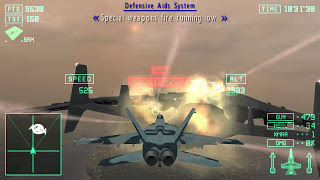 In the game's campaign mode, the player plays the role of the flight lead in Gryphus Squadron, of the Aurelian Air Force.The game is broken down into missions which involve various combat objectives, such as attacking ground targets, air targets, or a mix of the two. The "Free Mission" mode allows levels unlocked in the campaign mode to be replayed to achieve a higher rank or gain points for the purchase of planes or equipment.

The game is a mix of arcade action and flight simulation, making it semi-realistic.There are two types of controls: novice and normal. The novice controls are easy to learn and are making the game like an arcade title.The normal controls will be using both the analog nub and the d-pad for the more realistic sim-like experience. 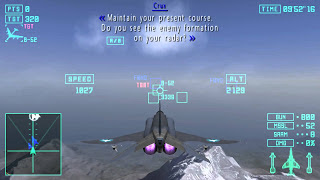 The player can choose from many real planes and over ten fictional planes, where the more advanced planes have to be unlocked first. The player can choose from variety of different viewpoints, including a third-person behind the plane perspective, and a first-person view that can be displayed from within the cockpit (showcases the interiors of all the planes in the game) or simply with a HUD.