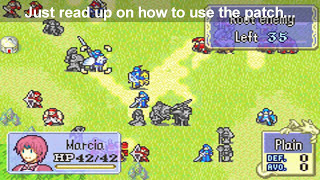 Fire Emblem: The Binding Blade (Japanese: ファイアーエムブレム 封印の剣 Fire Emblem: The Sword of Seal) is a Game Boy Advance game released in 2002. It is the sixth installment in the Fire Emblem series, the first for Game Boy Advance and on a handheld platform, and was the last title to be released only in Japan until New Mystery of the Emblem. It was this game which sparked international interest in the franchise, caused by the appearance of protagonist Roy in Super Smash Bros. Melee, paving the way for successive titles to be translated and exported to other countries. It was also the first installment to be made without the involvement of Shouzou Kaga, a prominent figure in the series’ creation and the director of every installment through to Thracia 776, who had left Intelligent Systems after Thracia.

The game is set in a new and separate world from its predecessors, the continent of Elibe, a land once wracked by a fierce war between humans and dragons. One thousand years after that conflict, the misanthropic King Zephiel, of the militaristic nation of Bern, has freed the infamous Demon Dragon and engaged the rest of Elibe in a full-scale war with the intent of “freeing” the world from mankind and returning it to its “rightful” dragon owners. In response, Roy, the young heir of Pherae, leads the forces of Lycia in combatting Bern in lieu of his ill father, Marquess Eliwood. 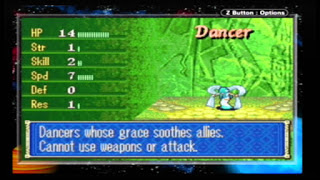 The game was followed up by Fire Emblem: The Blazing Blade, a prequel set twenty years prior, dealing with Roy’s father Eliwood in his youth. It helps flesh out Zephiel’s history, and sets up and elaborates upon other aspects of the world of Elibe, some only barely touched upon in The Binding Blade.