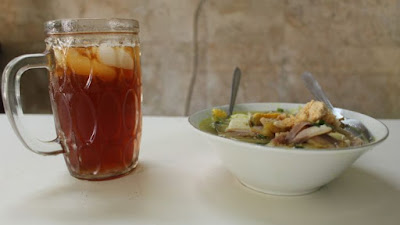 Over regulation of our free markets is stifling our growth in America and killing the next superstar Entrepreneurs. Let's discuss just how bad it really is. Let's us discuss Ray Kroc, founder of McDonalds and the Father of Franchising. In this philosophical discussion let us look at history for a moment shall we? If Ray Kroc had to pay $45,000 to create disclosure documents to franchise right out of the gate, could he have still had the capital to do it? Would he have wanted too? What if he had to pay an additional $15,000 per year to stay registered in all the states; another $10,000 to $20,000 to keep up with the law changes and case law? Could he have actually stayed in business? If Ray Kroc in those early days had to pay $25,000 for financial audits could he have survived? If the number of accountants willing to do audits were cut in half due to current errors and omissions insurance and peer review costs would Ray Kroc have been able to juggle that during his first five years traveling the country and sleeping in hotel rooms, while building the business? Remember Ray Kroc was not married to wealth like the late Sam Walton who toured the country in a motor home looking at sites and studying the competition. Ray Kroc and Sam Walton both had to do it the hard way, but Ray Kroc was doing it out of cash flow. With the current problems in complying with all the accounting audit issues in franchising after the most recent Sarbaines Oxley Law causing delays of necessary audits in a timely fashion due to fear of violations in the accounting industry, demand for more audits in all sectors causing serious supply and demand issues getting an audit done on time for franchise registration renewals is tough? Could Ray Kroc have accomplished this too, along with the additional costs and state registration deadlines? Wait we are not done yet. If Ray Kroc had to comply with all these proposed rule changes and existing rules and revise his disclosure documents each time an attorney created case law which might be detrimental to the over all system, could he have survived in the first five years? Yes or No? If Ray Kroc had to deal with all the different state laws and contradictions in Federal Trade Commission rules, could he have done it? Remember his first stores were in "Cal-if-Forn-ia" (Arnold Humor) and Illinois. I submit to you that Ray Kroc could not have done what he did and McDonalds would never have come to be. I also submit to you that NPR would be closing it's doors and gone off the air this year if it were not for his wife's donations. Ronald McDonald House would not be available either. Millions of Americans would not have learned customer service or had that first job to teach them such important aspects business. The State of Idaho, where Simplot Potatoes grows it's crop would not have made the profits and paid the tax income which allowed that great state to prosper. The Beef industry would have also been severely impacted, how would that industry have faired in the heated mass media hysteria of Mad Cow or the droughts causing cattle to be taken to early slaughter. Those frivolous lawsuits in Canada about being fat would leave our Canadian neighbors with nothing to bitch about and we wouldn't want that? Also the reality of the need for tort reform example of spilt coffee would never have existed? Do you doubt what I am saying? Well then "Grinding It Out" Ray Kroc's book can be found still and it ought to be required reading for all Federal Trade Commission employees who have never had to make a payroll and any attorney who has never made a legitimate living in a business of their own before commentary on this proposed set of rules. It appears that the word smiths are out in full force and we are maintaining an on-going dialogue from a topic proposed in 1995, with comments in 1997 and 1999 at a time when much of the those comments are in fact irrelevant here in 2004. A more relevant discussion would be how best to separate out the business opportunity rules from the franchise rule and then close the Federal Trade Commission's franchising division all together since no problems perceived or known currently exist. Does anyone doubt this truth? Perhaps another example, forget about Ray Kroc, the father of franchising for a moment, let's just say for the sake of argument that this current situation in the industry existed back then and Ray Kroc grew up an old bitter man and retired salesman? Forget that the McDonalds Big Mac is used by the International Monetary fund as a guideline for international cost of living standards in modern and developing nations. Think of the story "death of a salesman" and leave it at that. Put Ray Kroc in the same shoes as any of the current up and coming home grown entrepreneurial superstars of today, being stifled under a Tsunami of tort law and a Hurricane of over regulation. Why can't we end this storm, why are we unwilling to see the truth at the Federal Trade Commission? And that is just one of many agencies Ray Kroc would have to deal with today, think about it.

Thank goodness for persistent Pennsylvanians! If persistence helps make a mark in history, then it is a worthwhile virtue. That's what Abraham Erb went out to prove when he and his wife left their Pennsylvania home and settled in a marshy and swampy lot in Upper Canada. Decades later, this swampy lot gave birth to the village of Waterloo. Even his brother, John tried to persuade him to move to the Grand Speed River region, but Abraham said no and chose to stay, convinced that he could clear the land in time. And he did. By 1808 Abraham built a saw mill and less than ten years later constructed a grist mill. The swamp land that he settled in was soon turning into a valuable area. Developments were on the upswing. From swamp land to sawmill town to village, Waterloo before the 1870s was becoming a retail and commercial centre. Today, Waterloo "is at its best" - that's what the city chose as a slogan and it isn't difficult to justify that claim. Waterloo is an hour's drive from Toronto (about 65 miles) and six hours from Montreal, Quebec. For reaching US border crossings, it is a three-hour drive from Detroit and about an hour and a quarter's drive from Niagara Falls. Like Festivals? Come to Waterloo The city can't promise to host a festival every week, but what if we said it has one just about every month? And what if we also said that attending these merry gatherings were "toll-free"? That sounds like a deal isn't it? Mind you, for a town of 110,800 people, you'd think that it would be more low key. Not Waterloo. It is alive with activity and as the municipality reminds us, this is Waterloo...at its best! For samplers - February is Ice Dogs Month. You're treated to every conceivable activity relating to ice - ice sculpture displays and dog sled contests. April is a tribute to Earth Day so there are awareness programs for the entire family. May is Mothers' month, so Waterloo has scheduled the Waterloo County and Area Quilt Festival while June will welcome the French association of Kitchener-Waterloo for St. John the Baptist festivities. The Jazz Festival is on for July and for beer lovers, Oktoberfest in October. BUT - for non-drinking families, the Spas' N Spiel festival will make teetotalers feel at home nevertheless. ...also Arts and Crafts Waterloo has got it all planned. For all taste buds, for all budgets, Waterloo has something to please everyone, resident and visitor. If art and history are your consuming passion, visit the Canadian Clay and Glass Gallery on Caroline Street. The University of Waterloo is not only teeming with students, but is also the venue for the Earth Sciences Museum, the Peter Russell Rock Garden and the Optometry Museum of Visual Science. Let's not forget the Brubacher House Museum. For more art and history possibilities, call City Hall and ask for Recreational Services, 519-747-8733.
Label: artis, berita, daftar 7, Internasional, Motivasi, Mystery, wow