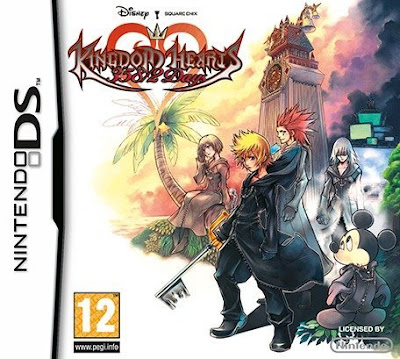 358/2 Days features the combination of action role-playing game/hack and slash style of the previous games in the series. To accomplish this, the game makes minimal use of the system's touch screen functionality, and it is possible to play and complete the game without using it at all. The game includes single player and multiplayer modes of play. The single player mode is story-based, the player controls Roxas, who is accompanied by other Organization XIII members on daily missions to Disney worlds from the previous games. The two modes are linked in that character growth is shared between them.

358/2 Days features a new gameplay mechanic known as the panel system which involves the customization of the character's levels, items, equipment, and abilities. For example, certain magic spells cannot be used if their corresponding panels aren't equipped, but can be used consecutively if multiple are attached. Some panels also occupy multiple slots, but can be combined with other panels to form new or stronger abilities.

Limit Breaks, which previously featured in Square's Final Fantasy series, can be activated during a battle once the character's health drops below a certain level, indicated by a yellow health bar. Each character has their own unique abilities during Limit Breaks which allow a temporary boost to their normal abilities, whether it be increasing the attack strength or allowing multiple enemies to be attacked at once. The second stage of a Limit Break known as Final Limit is normally a different or powered-up version of the first and begins at the point where the white line (starting at the high end of the yellow portion of the HP bar) meets top dead center. 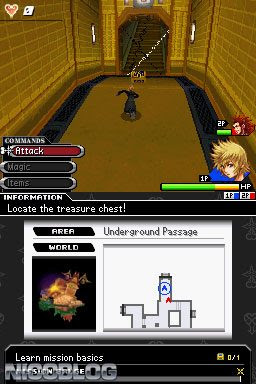 This is the first Kingdom Hearts game to feature cooperative multiplayer. The multiplayer gameplay is separate from the single player story and is mission-based, including cooperative and competitive player battles. Up to four players can play as one of the fourteen members of Organization XIII, with each member having different weapons, skills, and stats. Sora, Donald, Goofy, King Mickey, and Riku are featured as secret characters in the multiplayer who are unlockable while playing through the main story. 358/2 Days' multiplayer also features a chat system for communication between players, but differs from PictoChat in that everyone can draw on the same screen. To prevent players missing out on multiplayer content, the games were developed so that the missions could be completed without the need to connect with other players, instead utilising AI-controlled partners.